What a year this has been!  After nearly 20 years of planning and saving, my dear hubby & I began building our dream home in the midst of the East Texas piney woods.  We poured our heart and soul into the physical labor, enjoying the winter cold and the windy spring.  Then came the summer of discontent.....a summer unlike any other in our lifetime.  The yearlong drought conditions worsened; the temps soared, record years for both conditions.  After months of no rain, 37 days over 100 degrees, and monumental water bills, our grassy hilltop became a desert landscape. 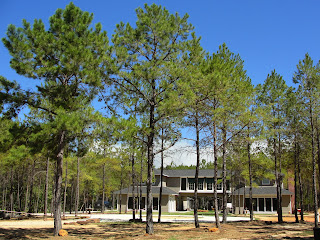 Did I forget to mention the relentless winds?  Oh yeah, add in winds that swirl o'er the hill relentlessly and you have scenes like the ones in the Brendan Fraser Mummy films.

Still, we trudged onward...building and building our beautiful new castle.  We even tried to control the blowing sand with 10 pallets of grass sod (lovingly laid out 1 piece at a time by our own 4 hands in sweltering heat).  That's when the daily watering ritual became a 3-4 hour process and our life savings slowly began transferring to the water company bank account.   Still, as we waited for the onset of Autumn, it got worse than we ever imagined. 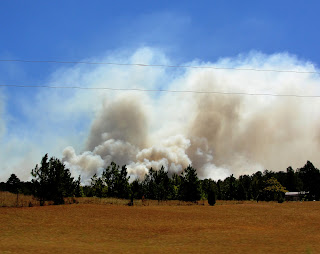 Labor Day began with a quick trip into town for more paint.  As I returned from the 11 mile trip over gorgeous rolling hillsides, the scene through my windshield resembled a different kind of adventure film.  Fire & smoke  rose over the horizon with a magnitude I'd never seen.  As I watched in horror, the plumes of black began to rise one by one in a southwestern path.  The whole world seemed on fire!

I drove the hills then with shaking hands and at speeds I'd rather not reveal.  I arrived at our hilltop and ran from the car to fetch dear hubby.   His engineering mind convinced me the winds were blowing it away from us, but with trepidation, we grabbed our cameras and set out to see just how close
the fires were burning. 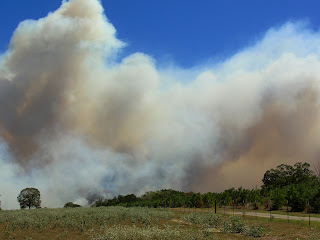 The next 5 days are a blur of smoke, fear, packing and the unending task of soaking everything with water.  Prayers for the safety of the volunteer fire force, many of them our neighbors, were also unending.   Prayers reached us from all corners of the world, and we realized that the important things are not THINGS.   A peace settled as we learned that even this growing monster of a wildfire could not take away our most important possessions.

In the end, "our" fire - the Bear Creek fire - would destroy 50,000 acres of timber, 6 homes and many other structures.  No lives were lost and only minor injuries sustained. 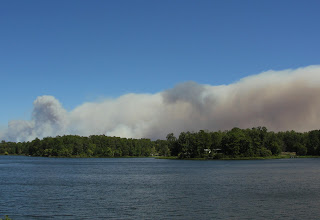 The smell of smoke still lingers.  Rain is still only a dream, but cooler temperatures have arrived, and the promise of rain is again in the forecast.  Many other fires also raged through our beloved Texas this month, and some still remain.  Only rain will extinguish the threat that hangs over us like that heavy cloud.  Still, the love and concern of our friends and family envelope us too and we are thankful.  To the firefighters that worked round the clock, especially the volunteers who give so selflessly, we cannot thank you enough. 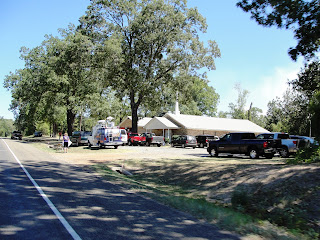 May God bless you and return to you the blessings you've given. 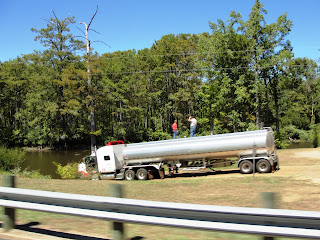 Posted by TexasEagle at 2:05 PM

Promote Your Page Too

TexasEagle
Texas, United States
TexasEagle talks...simple enough. Real Texan here, that longs to fly like an eagle - travel and see the world. But in this economy, well, mostly I can just talk about it! Favorite Topics: Music, Family, Travel, and our Arts & Crafts Galleries, with a wee bit of faith and politics woven in. And did I mention that Ireland is me favorite destination? Ya's might be noticing a wee bit of Eire most any day. So, Tanks a million for visiting.